A Viewing Guide For the Uninitiated

I was recently hired as a Senior .NET Developer at a new company, and most of my time has been taken architecting a revamp of the system in order to increase stability and reduce coupling. I figured I'd take a break and get down to a post I've been meaning to do for awhile for a friend of mine who has never watched the original series of Star Trek. 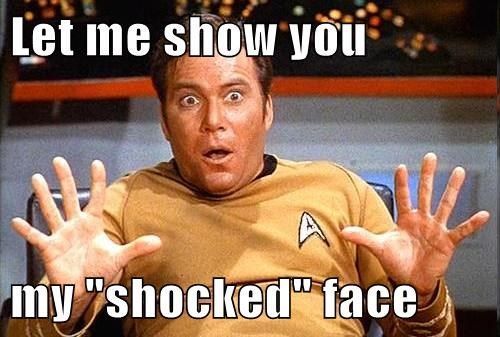 A Little History
When we think of the original Star Trek, we usually think of Kirk, Spock, and McCoy. Gene Roddenberry originally pitched a very Star Trek to the network, but they felt it was "too cerebral." The network executives also had problems with a certain pointy eared science officer and a female first officer, telling Roddenberry he could only keep one. Spock stayed on and the actress for the first officer, Majel Barrett, played a different character (and later married Roddenberry).

Fitting In the Timeline
"The Cage" is considered canon for the series and does take place before the pilot episode. However, the episode isn't referenced in future episodes with one exception. A later episode in Season 1, "The Menagerie" is the series' only two-part episode and acts as a frame around most of the scenes from "The Cage."

Recommendation
Skip this episode, only because almost all of it is seen in "The Menagerie" later in the season. If you find the "The Menagerie" particularly good, go back and watch "The Cage" after you've finished watching the rest of the show.

Note: The order appears different than the aired order (and possibly Netflix) because the shows were aired out of production order. Uniforms, crew, and bridge equipment all were changed through the first season, so I'll list the episodes in production order, which will be less jarring to the viewer.

Gene Roddenbery turned over the day-to-day operations over to another producer due to exhaustion, frustration with NBC over the slashed budget and terrible timeslot (10:00pm Fridays). His reduced involvement shows in the terrible quality of episodes in this season.

AKA Star Trek: The Pajama Party. There isn't a lot of action in this, but it is definitely worth watching. The writing, acting, and visuals all hold up well, but it's definitely a lot more serious than most of the television shows and is certainly an animal all it's own in the realm of Star Trek.

Fun Fact 2: This was originally to be a sequel television series named Star Trek: Phase II, but after the box office success of Star Wars (1977) and Close Encounters of the Third Kind (1977), Paramount cancelled production of Phase II and adapted the pilot into a feature film.

Fun Fact 3: Final Production cost $46 million and made about $139 million worldwide (or about $144 million and $434 million respectively, adjusted for 2016 inflation).

One of the most popular science-fiction films of all time. Even sci-fi fans who don't know anything about The Original Series would like this film, and it carries some of the most memorable moments in Star Trek and sci-fi history.

Fun Fact: While Kirk and his antagonist talk to each other many times in the film, neither were actually on set at the same time.

A direct sequel to Wrath of Khan. This film was fulfilling than either of the previous two, but still a fun watch. The Search for Spock smells heavily of the 80s and is missing some of the pollish that the other films have, but there are some memorable moments and it sets up the next film nicely.

Fun Fact: Christopher Lloyd (Back to the Future's Doc Brown) as a bad-ass Klingon.

The last film of the II/III/IV trilogy. Definitely much more lighthearted than most of the other Trek Films, but not in a campy way. I like the film and, while it's not my favorite, it has the highest score on Rotten Tomatoes of any of the Original Series films.

Fun Fact: After seeing the whale footage in the film, nature activists protested the 'bothering' of the creatures, which were in fact animatronic miniatures.

Have a couple of drinks and work through it. This film is totally separate from any of the others. It has a couple of good lines, but be ready for lots of hammy acting.

You can also find Kevin Rich on Twitter, GitHub, LinkedIn and Stackoverflow. Get in touch by Email.

This update link alerts you to new Silvrback admin blog posts. A green bubble beside the link indicates a new post. Click the link to the admin blog and the bubble disappears.